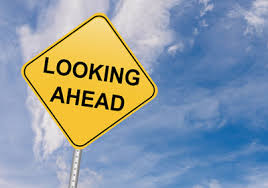 It’s the middle of August and Open Enrollment is still a few months away, but in my world, the emphasis is on PREPARATION!  For those people who have personal health insurance plans, Open Enrollment is the period of time when almost everyone will want to evaluate their plan options for the next year.  The time to do this has been compressed into a very short span of time — from November 15 to February 15.  The vast majority of people will make their decisions before December 15, so they will have plenty of time to receive their new policies and ID cards.  Of course, many folks will continue with their current plans.

I have been busy preparing by getting certified for the 2015 plan year, staying abreast of the upcoming changes, and communicating with my clients regarding how the changes will impact them.

So, what changes are to be expected? Well, one of the changes has to do with rate increases. For existing ACA compliant policies, the rates increases will be relatively low.  For more info on what is and is not considered ACA compliant, click here. We’ve come to expect double digit rate increases over the past several years, so it was certainly reasonable to expect the same this coming year — especially since we are in an unprecedented time. Insurance carriers have been required to take on additional risk due to the guaranteed-issue provision of the Affordable Care Act. If you purchased an ACA compliant plan either on or off the exchange, the information published by PcW applies to you.

The average rate increase for existing ACA compliant plans in Georgia is expected to be 7.5%.  PricecoopersWaterhouse recently published some preliminary market rate filings by health insurance companies. Georgia is one of the states that will experience moderate rate increases.  To see the interactive map showing all the states, please click here. For information on Georgia’s health insurance rates, see the chart below.

One of the reasons why the rates are lower than average is due to increased competition in Georgia. United Healthcare decided to reenter the market after an absence in the personal plans market during 2014. Also, there are three other new insurers (in addition to United Healthcare) that will offer plans on the Exchange in 2015: Cigna, Coventry, and Time (Assurant Health).  Remember, the main reason to buy on the exchange — through an agent — is because you would qualify for a financial subsidy.

Another reason for the modest rate increase is that the rates for ACA compliant plans were (and are) very high in 2014.  A lot of people don’t feel the impact of such high rates due the subsidies provided by the federal government.  Those who currently have “pre-ACA” plans —  policies that were extended through 2014 — will experience very high rate increases when they switch to the compliant plans.  Some people have Grandfathered plans — and their rate increase will be fairly low.

We won’t have the final rates until sometime in late September or early October. As soon as the rates are released, I will post the information.  I realize all this can be quite confusing, so if you have questions about your plan — whether it’s a personal plan or small group plan, please call for advice.