Over age 64? Don’t Get Caught in the Plan F Death Spiral 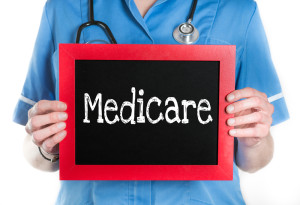 The Most Popular Plan      Over half of all people who enroll in a Medicare Supplement plan (Medigap) select Plan F.  Plan F is the most comprehensive plan available and covers almost all out-of -pocket medical costs not covered by Medicare Part A and Part B.  Medigap plans are standardized, so a Plan F with United Healthcare is (as required by Federal law) identical to Plan F with Blue Cross Blue Shield, Aetna, and every other carrier.

The second most popular plan is Plan G.  The only difference between Plan F and Plan G is the Part B deductible of $147 per year (not covered by Plan G).  In Georgia and many other states, Plan G has a significantly lower premium than Plan F. Often times, the annual premium savings is from $200 to $400 — much more than $147/year for the Part B deductible.  Of course, this will vary with each carrier.  In fact, many carriers only offer three or four of the 10 standardized plans.  For example, United Healthcare and Blue Cross Blue Shield do not currently offer Plan G.

So, why the alarming title?  Yes, Plan G costs less and is a better deal in most cases. However, there is another very compelling reason to consider making a change if you have Plan F.

As you might have heard, the Doc Fix law was addressed by Congress recently and it was widely publicized that they fixed the doctor reimbursement problem — again.  A lesser known part of that law was a provision to eliminate Plan F and (the less popular) Plan C in 2020. That’s big news, but it didn’t make the headlines.

If you are on Plan F now, you might feel some assurance, knowing that Plan F will be grandfathered for existing policyholders.  After all, it’s a guaranteed renewable contract, which means that as long as you pay your premiums, the insurer must keep your policy active.

The Death Spiral    The BIG problem is that those who keep Plan F will be subject to what is known as the “death spiral” of rate increases.  Anyone who has been in the health insurance industry for a decent amount of time is familiar with this phrase.  This happened with Plan J when it was eliminated in 2010 and it has occurred with numerous “closed risk pools” in under age 65 health insurance markets over the last several decades.

Below is a graph I created showing a likely scenario based on the history of rate increases for Plan F and Plan G.   The average rate increases are 13% and 8%, respectively. Keep in mind, this only goes out 10 years!

Plan F already has higher than average rate increases since it is the plan with the most utilization. This is one reason why Plan G is usually a better choice.  When Plan F becomes a closed risk pool, the rate increases will become significantly higher.  Many folks will decide to switch plans and/or carriers at that point.  However, since Medicare Supplement plans are not “guaranteed issue” after the initial enrollment period — unlike plans for those under age 65 — only people who are approved by medical underwriting will be able to switch plans.  The folks who have — or develop — serious chronic health conditions won’t qualify and they will be stuck in Plan F. Only the “healthy” people will leave.  This means the pool of insureds becomes increasingly unhealthy and the rates increase correspondingly each year.  This is what we mean by the death spiral of rate increases.

Now is the time to consider other plans if you have a Plan F.  You don’t have to wait until Open Enrollment since that only applies to Medicare Advantage plans and Part D (drug) plans.  If you have a serious health condition, you still might qualify for coverage since some carriers have more lenient underwriting guidelines than others.  Also, there are a couple of carriers that make exceptions and will waive medical underwriting for certain plans. The rates can be considerably higher for these plans.  However, these exceptions could vanish in the coming years. Carriers tend to avoid adverse selection and the flood of unhealthy applicants could cause the guaranteed-issue exception to end.

Many carriers have announced that they will soon offer Plan G since it will likely replace Plan F as the most popular plan.  There are other good options besides Plan G.  Plan N is another comprehensive, lower-cost plan that is worth considering.

Everything related to Medicare (Medigap, Medicare Advantage, Part D, etc.) is subject to change as a result of politics. Staying informed and knowing your options is a great way to avoid unpleasant surprises.

It’s a good time to discuss your options — just make sure you’re not stuck in the death spiral!

By Far The Most Popular Medigap Plan In Georgia 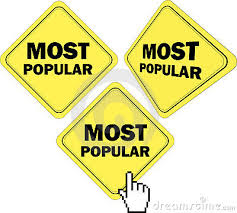 The most popular Medicare Supplement (Medigap) plan in Georgia — and nationally — is Plan F. So,